To calculate availability for a period, SA (Service Availability), a function of the problem state of CI over time fProblem(t) is built, which takes one of 4 values:

To build the fProblem(t) function:

As a result of these operations, in the general case, we should get the following indicators: 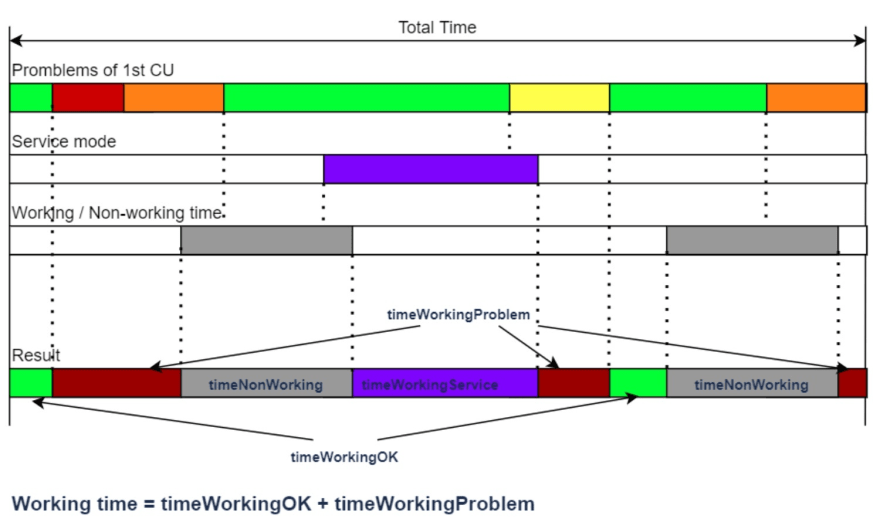 For calculation of a CI group availability for a period, SAG (Service Availability Group), a function of the problem state of CI over time fProblem(t) is built for each CI included in the group. Further, the results of calculating the function fProblem(t) for each CI are superimposed on each other, based on the following rules (operations are commutative):

⚠️ Non-working time is set for the whole group and, in the calculation, is taken into account for each CI.

As a result, we get the function fGroupProblem(t), from which we can get the following 3 indicators: 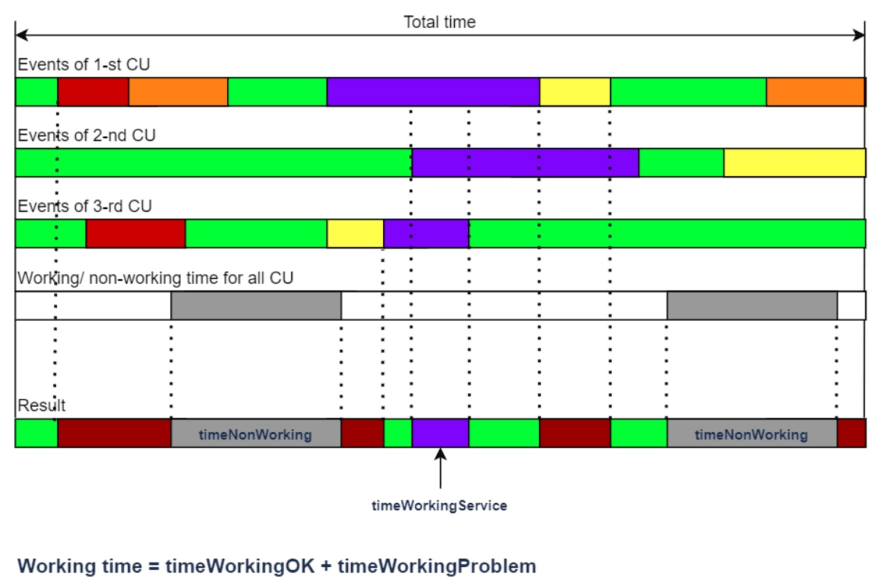 Assumptions of the methodology:

Factor analysis allows you to determine which CI factors influenced the calculation of availability for the report period, and compare the degree of this influence with the rest of the CI factors.

Assumptions of the methodology:

Factor analysis for a group of Information systems allows you to determine how much a CI group influenced the complex IS as a whole during the reporting period.

For group calculation, the primary factors are the estimated availability of the included ISs, and not the CIs themselves, as for the factor analysis of the IS availability (group of CIs).